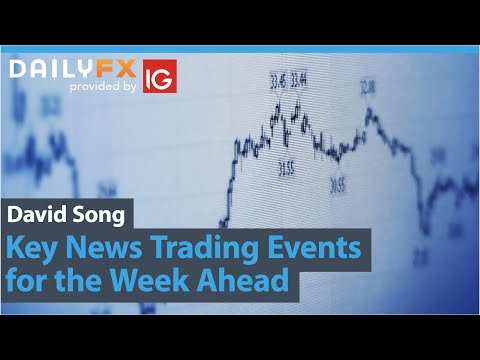 Since I angered some Chads on /r/investing here's why I think China is the next "big short".

Fellow idiots,
I posted this comment which seems to have angered the highly sophisticated /investing community. I don't mind being downvoted but at least provide some counter arguments if you're going to be a dick. So in the pursuit of truth and tendies for all, I have prepared some juicy due diligence (DD) for WSB Capital on why China is on the verge of collapse.
TL;DR at the bottom.
Point 1: Defaults in China have been accelerating aggressively, and through July 2019, 274 real estate developers filed for bankruptcy, up 50% over last year. A bonus? Many Chinese state controlled banks have been filing for bankruptcy as well. Just google "china bank defaults" or something similar. Notice how many articles there are from 2019? When the banking system fails, everything else usually fails too.
Point 2: The RMB has depreciated significantly. Last time this happened, in 2015-2016, there was a significant outflow of foreign invested capital. According to the IIF, outflows reached $725bn due to the currency depreciation.. This time is different why again? I have heard some arguments why there will be less outflow this time, but I struggle to buy them.
Point 3: Despite wanting to operate like a developed economy, China still has not been able to shrug off the middle income trap. Their GDP per capita is comparable to countries we normally associated with being developing/emerging markets. Tangentially related to point 10.
Point 4: China is an export-dependent economy, with about 20% of their exports contributing towards their GDP. Less exporting means less GDP, less consumption (because businesses make less money, they pay people less, who in turn spend less), which has a greater effect on GDP than any declines in exports would have at face value. Guess what? Chinese exports dropped 1% in August, and August imports dropped -1%, marking the 5th month this year of negative m/m export growth..
Point 5: Business confidence has been weak in China - declining at a sustained pace worse than in 2015. When businesses feel worse, they spend less, invest less in fixed assets, hire less until they feel better about the future. Which takes me to my next point.
Point 6: Fixed asset investment in China has declined 30 percentage points since 2010. While rates are low, confidence is also low, and they are sitting on a record amount of leverage, which means they simply will not be able to afford additional investment.
Point 7: They are an extremely levered economy with a total debt to GDP ratio of over 300%, per the IIF, which also accounts for roughly 15% of global total fucking debt. Here's an interview with someone else talking about it too.
Point 8: Their central bank recently introduced a metric fuckton of stimulus into their economy. This will encourage more borrowing....add fuel to the fire. Moreover, the stimulus will mechanically likely weaken the RMB even more, which could lead to even more foreign outflows, which are already happening, see next point.
Point 9: Fucking LOTS of outflows this year. As of MAY, according to this joint statement, around 40% of US companies are relocating some portion of their supply chains away from mainland. This was in May. Since May, we have seen even more tariffs imposed, why WOULD companies want to stay when exporting to the US is a lot more expensive now?
Point 10: Ignoring ALL of the points above, we are in a global synchronized slowdown, with many emerging market central banks cutting rates - by the most in a decade. Investors want safety, and safe-haven denominated assets are where we have seen a lot of flocking into recently. Things that can be considered safe-havens have good liquidity, a relatively stable economy, and a predictable political environment.
Would love to hear opposing thoughts if you think China is a good buy. I am not against China, nor any other country for that matter, but I am against losing money (yes, wrong sub etc.), and I can not rationalize why anyone would be putting in a bid.
TL;DR: the bubble is right in front of your face, impending doom ahead, short everything, fuck /investing.
Edit, since you 'tards keep asking me how to trade this, there are a few trades that come to mind:
*not investment advice*

What are your expectations when it comes to short term and long term price development, do you see a XMas rally incoming?
Think the chances are quite good and the reason would be hunt for liquidity by the big boys. Let me explain a bit:
I personally think that big money has taken over and it is no longer about technology when it comes to BTC. Since the introduction of BTC futures things have changed and it is now just a casino. Trading index and commodity futures and price movements there are optimized to "use" retail traders for liquidity so i would expect the same is now the case for BTC.
Since BTC trading is far less regulated and some players can even move the markets by themselves or Tether, betting on futures could be used as amplifier. Just a few days ago the sudden spike wiped out 60M in short positions on the futures for example. That is nice pocket money for a whale. Now as discussed it is all about the liquidity in trading, since paper gains on any assets only become real once they are actually realized.
We have seen a dramatic raise to ATH. After that a drop to levels, where it would be barely profitable to keep infrastructure running. After that a raise over 10k, which created another wave of inflow of liquidity due to FOMO. This was a great opportunity to cash out for the big boys, they love to sell into all the FOMO buying of small investors (not just BTC). Now how will it continue ? What would be the next opportunity to generate liquidity to cash out?
We have dropped significantly from the last spike already. But XMas is at the doorstep and that could also attract some precious liquidity, especially if price would raise again over important levels like 10k and BTC would therefore be in the mainstream news....
​
If you are looking for more background info about liquidity and big money this is a really good video:
https://www.youtube.com/watch?v=T5UpXhYXnAM
You could also read about the IG client sentiment indicator and price development (on USD/AUD f.e. it is nicely visible)...
https://www.dailyfx.com/forex/technical/ssi/2019/10/22/AUDUSD-201910221423.html
My advice would be to make sure you are green, when all the dust settles. Diversify your investments and remember to play like the big boys: only realized profits are "real". Buy low sell high, do not HODL everything, because in this game someone will hold the bag in the end and it is usually the small investor. Times have changed, it is no longer about technology.

Does anyone use a tactic without a Stop? I’ve been playing around with forex for only a few weeks now – just a demo account – I’m trying to read everything I can get my hands on. Everything I read about removing STOPS is greatly discouraged (I understand why) but every time I use one I seem to lose.
Here is my noob thought process: Chasing the market minute to minute feels like gambling but when I look at it by the day or even month I get a sense of direction. I’ve been trading primarily EUJPY – always selling (usually 3 PIP limit) with no STOP. Again, just Demo – no real money. This image shows the pricing since November. Obviously it will bottom out and probably trend back up (I’ll probably wish for a STOP when that happens). I visit https://www.dailyfx.com/calendar daily and don’t trade during new releases and then resume trading once I get the full scope of the news.
I’ve read and tried many different tactics but so far this has been working the best for me but I’m afraid because I feel like I’m going so against the norm without using STOPS I’ll get burnt once I start using real money.

I was banned from /nottheonion/. Here's what I would have said in response to this post:
 Here are some other articles about this story:
 I am a bot trying to encourage a balanced news diet.
These are all of the articles I think are about this story. I do not select or sort articles based on any opinions or perceived biases, and neither I nor my creator advocate for or against any of these sources or articles. It is your responsibility to determine what is factually correct.